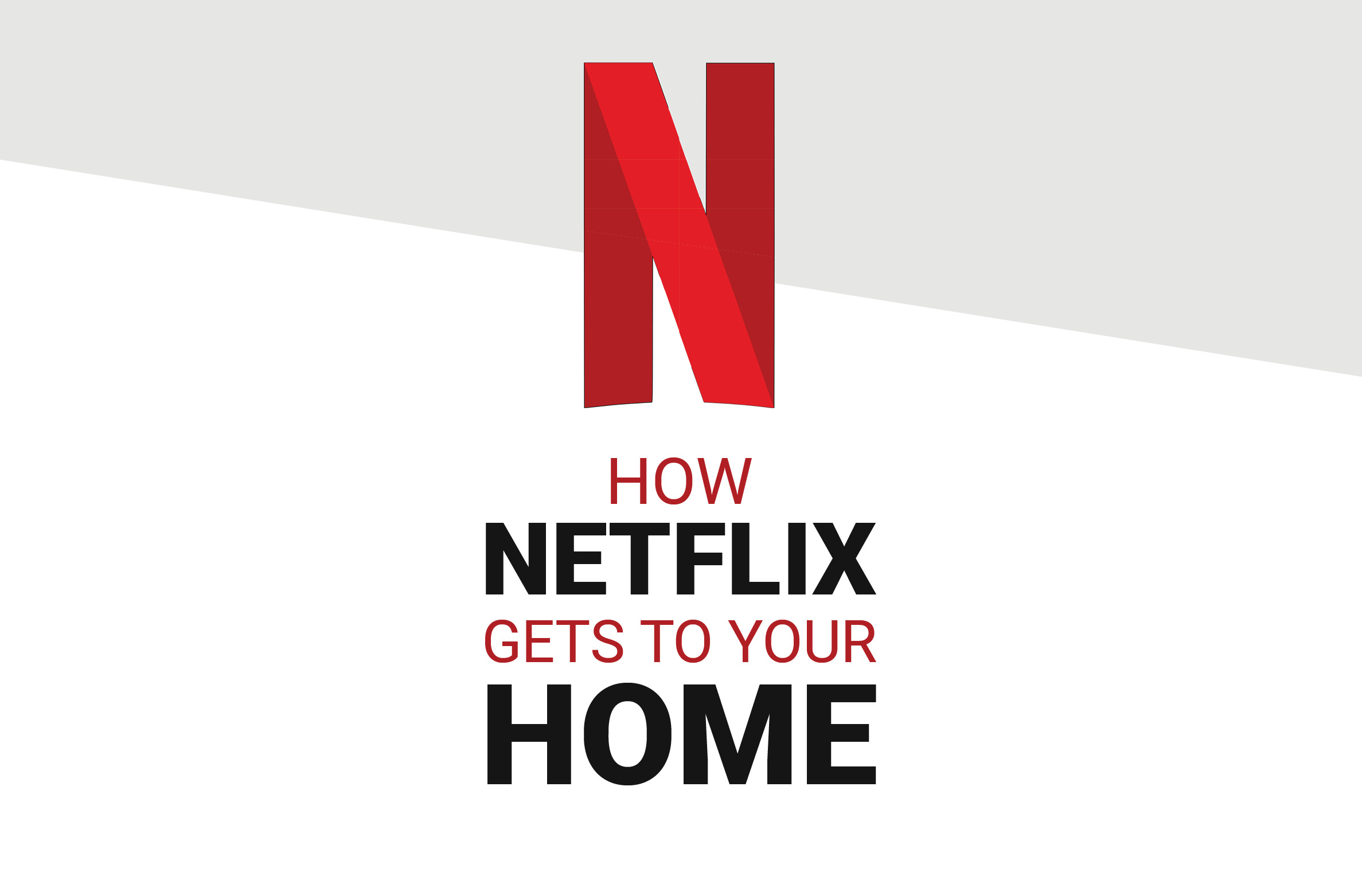 It’s that time of year again: temperatures are falling, leaves are turning, and all you want to do on a Friday night is curl up on the couch with a blanket, a bowl of popcorn, and a marathon of your favorite TV show. Thanks to Netflix, accessing all 234 episodes of Friends is now as easy as pressing play—but have you ever wondered how all that content gets to your home?

Netflix’s United States library alone holds more than 6,000 titles, and delivering this much content across the country depends on a reliable, high-speed internet connection. If you live in North Dakota, chances are the show or movie you are currently watching was brought to you by one of the 14 broadband providers that are owners of Dakota Carrier Network (DCN) and members of the Broadband Association of North Dakota (BAND). 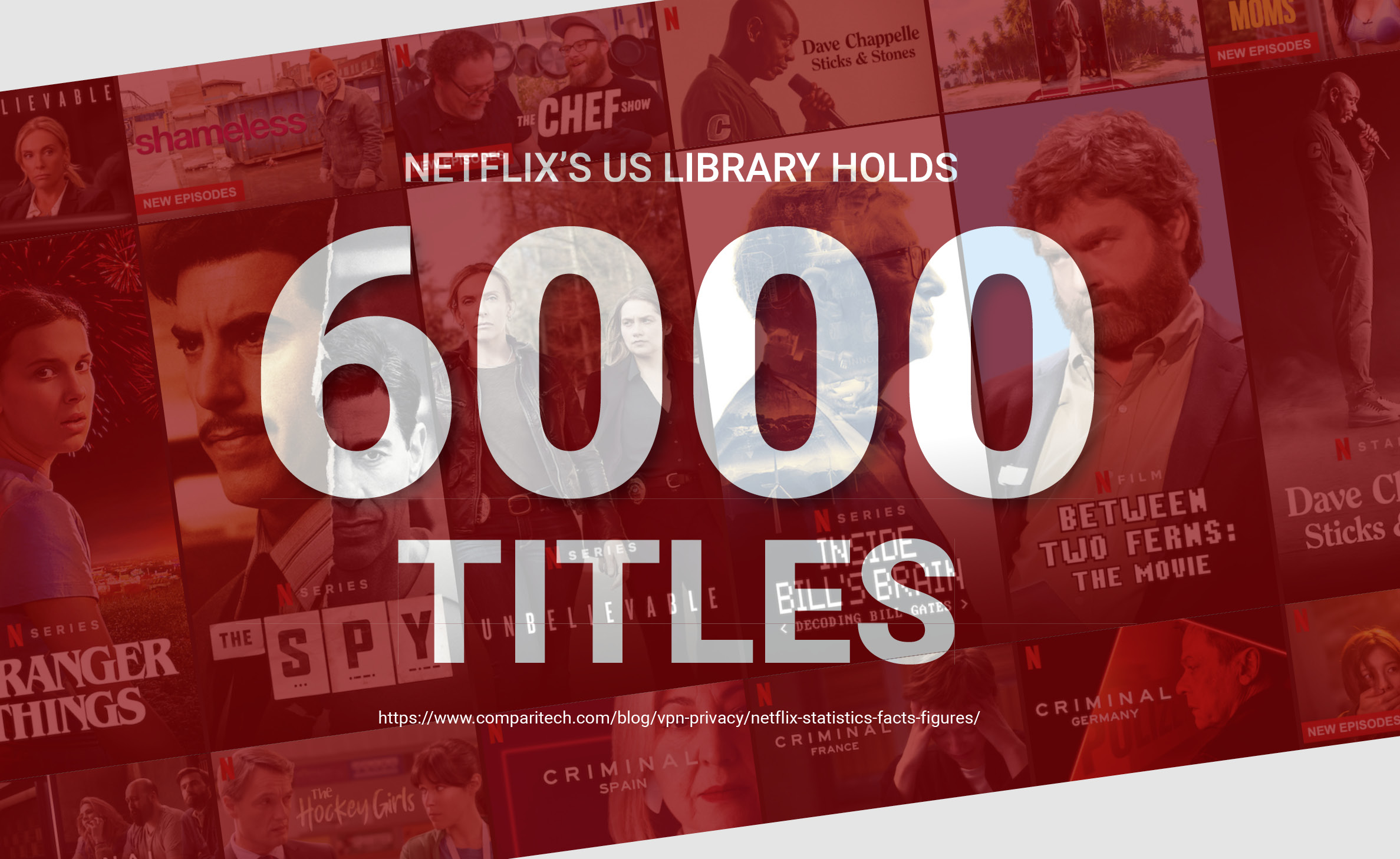 From the server to your screen, here’s how Netflix arrives in North Dakota homes.

Netflix has evolved from a subscription-based DVD-by-mail service into the most influential video streaming service in the world, with the number of global subscribers increasing from just 4 million in 2005 to nearly 150 million in 2019. In order to keep up with its rapidly growing viewer base, Netflix has had to make drastic changes to the way it operates.

In the early years of its 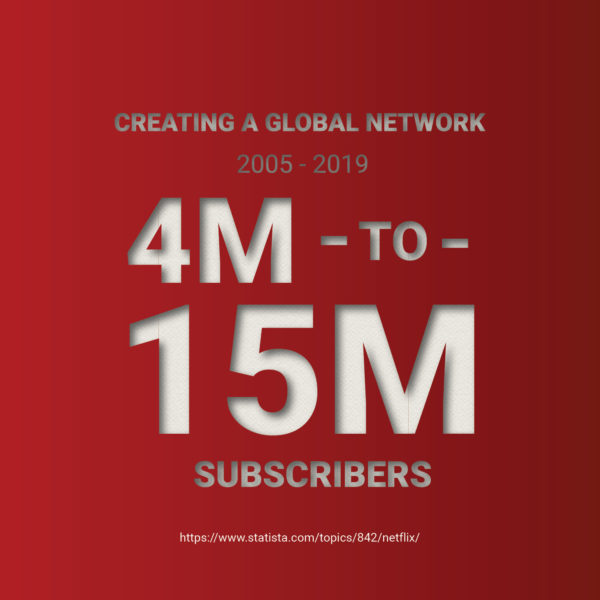 streaming services, Netflix owned and operated all of its own servers—but these servers simply could not keep up with the breakneck speed at which demand was growing. In order to deliver more content at faster speeds and lower costs, Netflix launched a content delivery network (CDN) called Open Connect in 2011.

A CDN takes content from an original source and copies it onto servers located all over the world. To establish this network, Netflix has reached out to internet service providers around the globe and provided them with Open Connect appliances to install in their data centers.

These small, rack-mountable boxes contain the Netflix content library, downloaded from the original Netflix servers. Now, every time you log in to Netflix, the app scans for a nearby Open Connect box. The content you request will be delivered by the Open Connect box nearest you, so your movie or episode can play at the push of a button.

Netflix has Open Connect appliances in close to 1,000 locations around the world—in cities as large as New York, London, and Tokyo, as remote as the Amazon rainforest, and right here in North Dakota.

“Netflix reached out to DCN in 2014, when they noticed that the majority of subscribers in North Dakota were coming to Netflix through the DCN network,” said Seth Arndorfer, CEO of DCN.  “As a result of that, we have worked with Netflix to place a copy of the entire Netflix library in DCN’s data center in Bismarck as well as in Fargo.”

Before Open Connect, when you selected a movie from Netflix on your television in North Dakota, the app would need to request that content from Netflix’s main server in Chicago. 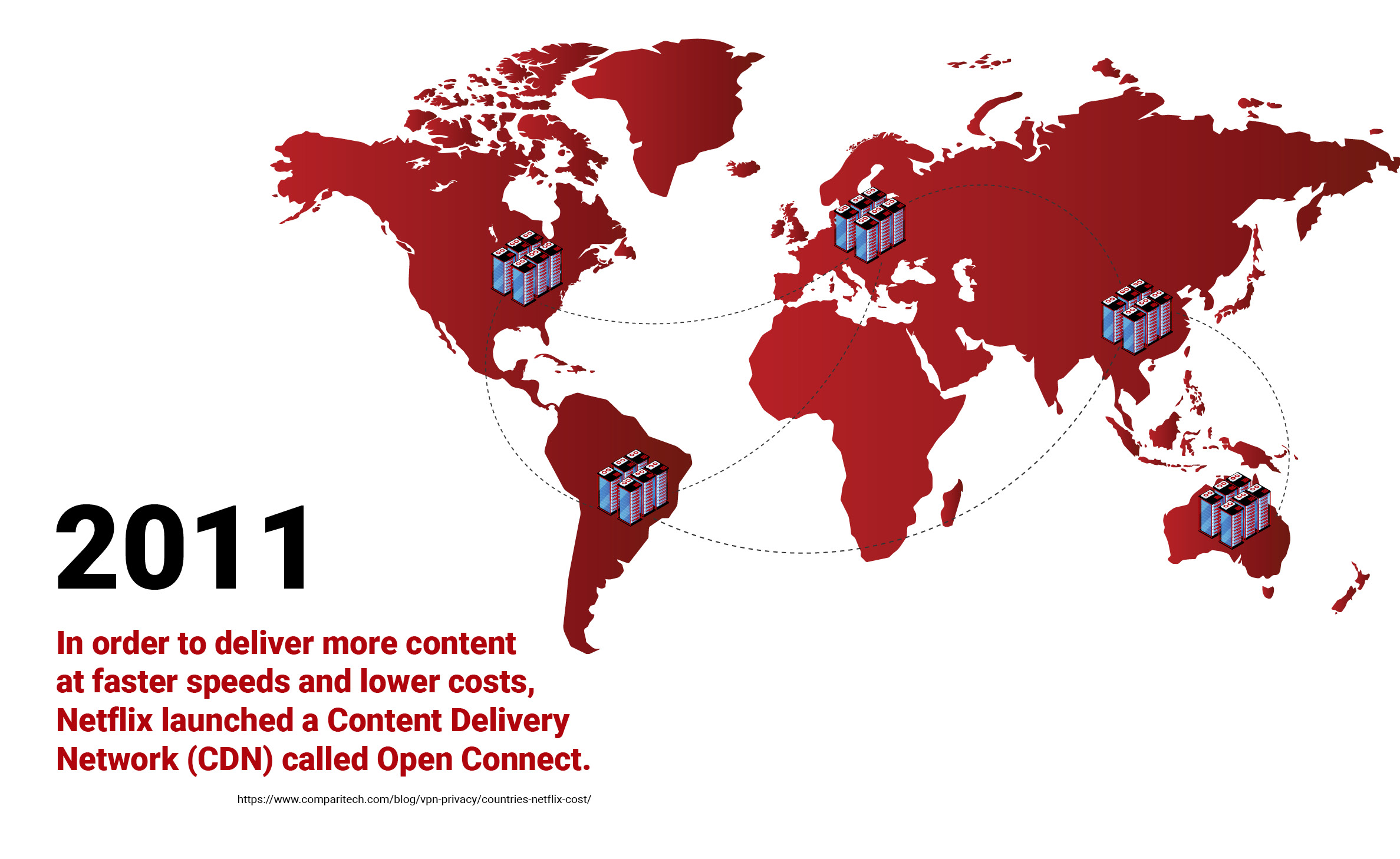 “Think of it as a highway system, and the amount of time that it would take to get from Hettinger, North Dakota to Chicago,” Seth said. “Then, factor in the amount of traffic you would have to compete with to get there.”

On the information superhighway that is the internet, the farther away a piece of content is located, the more traffic you must compete with to reach it and the longer it will take to load—a phenomenon known as latency.

When it comes to streaming, latency means more buffering, low video quality, and a subpar experience for the viewer.

“Latency is a very important term in our industry. We want to have low latency in all applications,” Seth said. “That’s why we work with Netflix and 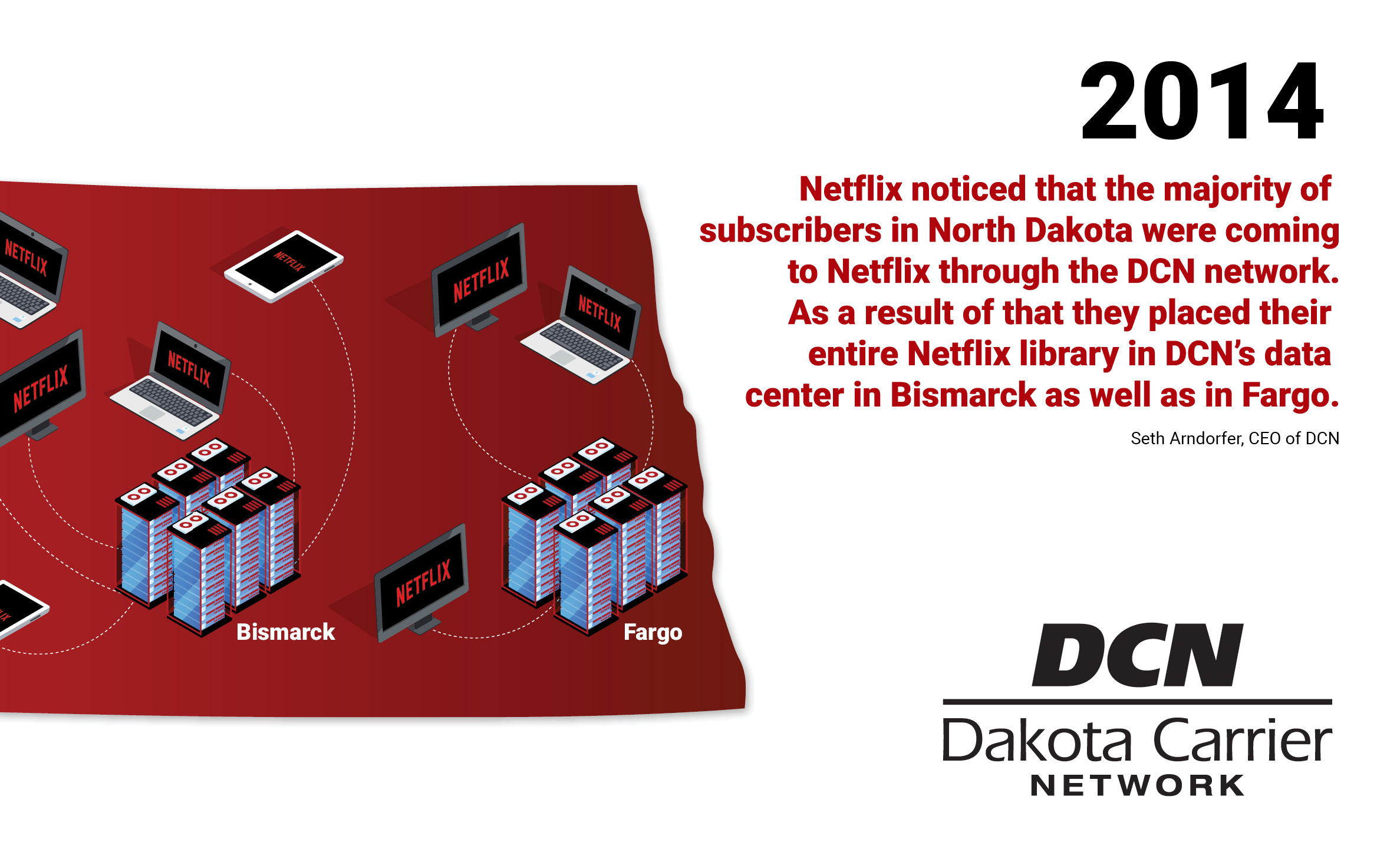 other content providers to get the content as close to the customer’s eyes as possible, so that the end user experience is as simultaneous as possible.”

Now, instead of travelling all the way to Chicago and back, your request is sent across the state to the Open Connect box in either DCN’s Fargo or Bismarck data centers. From there, the content travels along Dakota Central’s fiber and appears on your screen within milliseconds.

As more households complement their traditional TV viewing with streaming services, the decision to partner with Netflix on the Open Connect Network reflects DCN’s ongoing commitment to evolve along with the needs of North Dakotans. 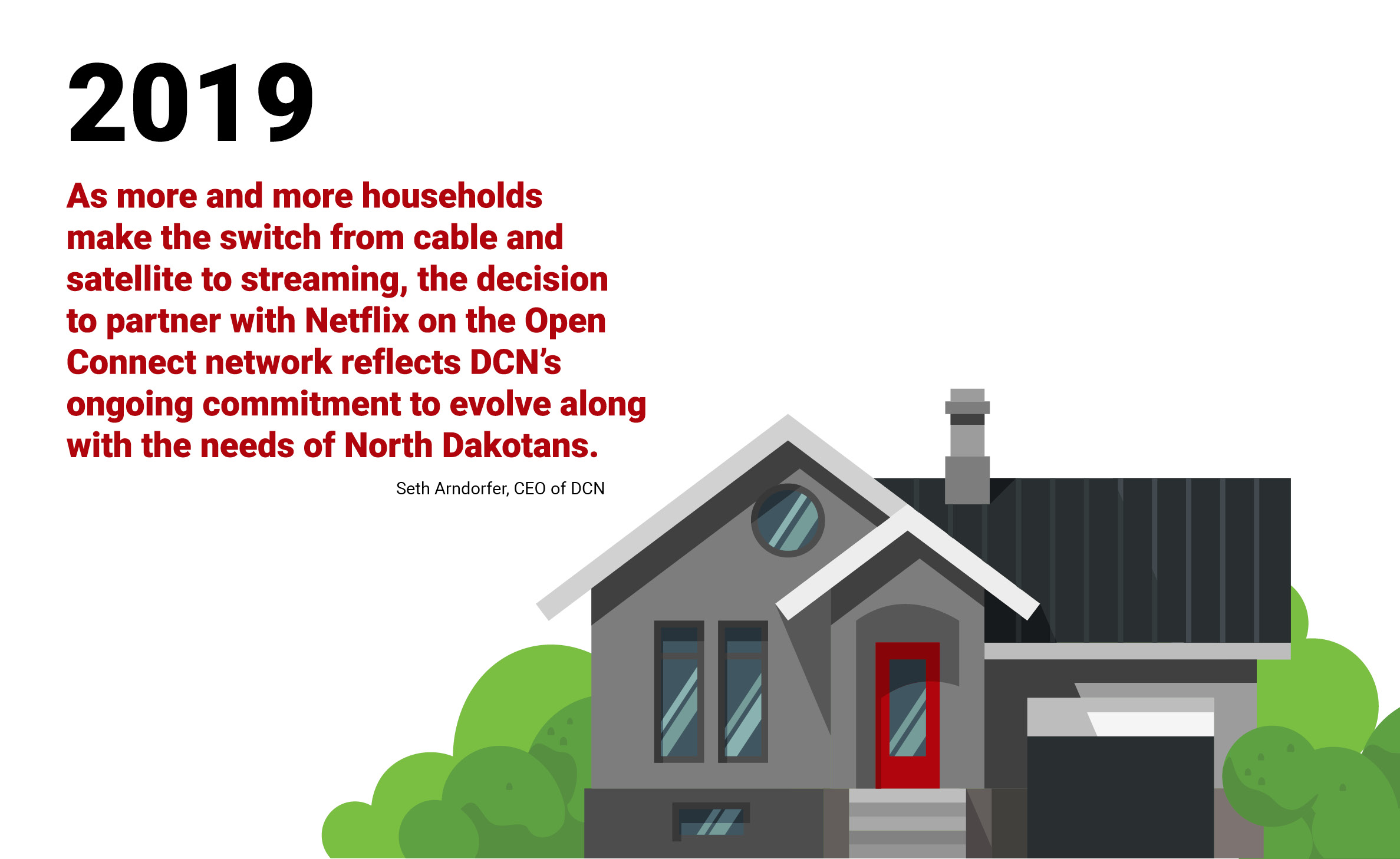 “That’s really what DCN does,” Seth said. “We make investments in North Dakota that are highly technical and complex, but for an end user, it simplifies their life.”

Through this relationship with Netflix, the owners of DCN–North Dakota’s rural broadband service providers–and BAND members are able to deliver content to North Dakota homes at a higher quality and faster speed than ever before, so you don’t have to wait for your next episode of Friends to start.

To learn more about BAND and your local broadband provider, visit www.broadbandnd.com. 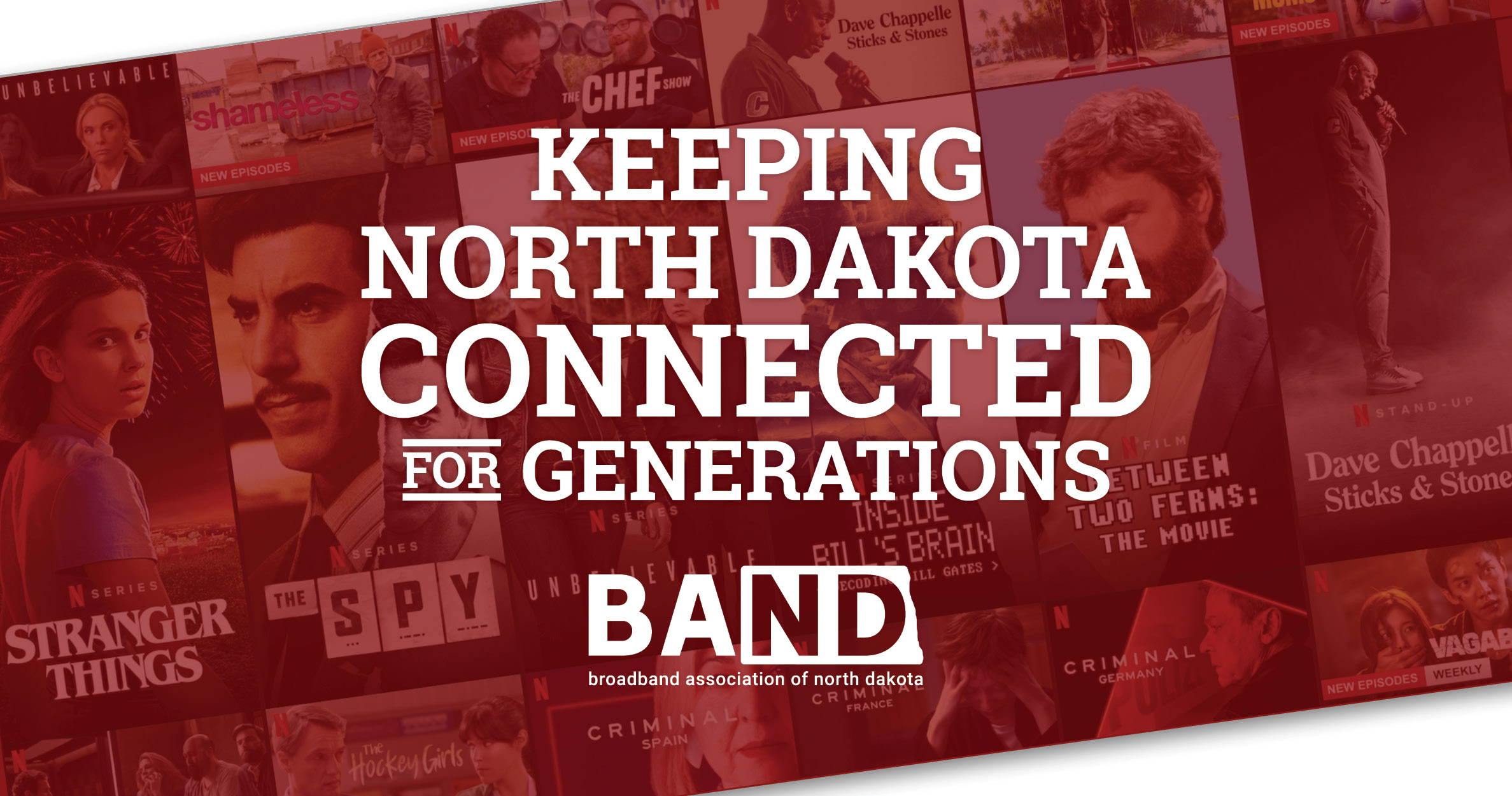