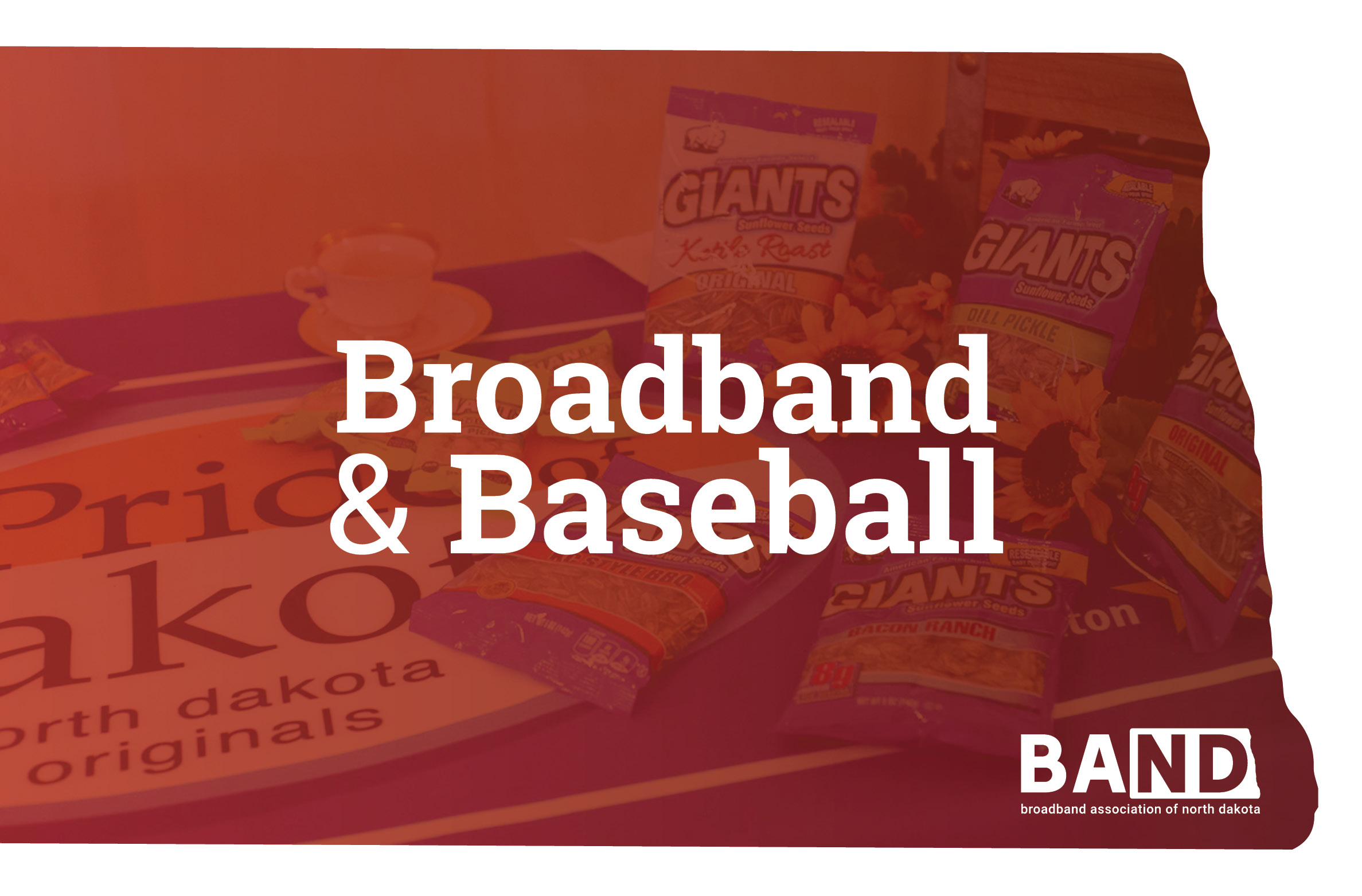 A few years ago, it was an otherwise ordinary afternoon at Giants Snacks in Wahpeton, ND, when the phone rang with an unknown number. Jason Schuler, a sales manager at the time, answered.
“Hello?”
“Hello, I’m a manager for the New York Yankees. We’d like to get some of your sunflower seeds for our dugout.”
Jason smirked and hung up. He knew it had to be some of his buddies pulling a prank. The number called again.
“Look —” Jason began.
“Sir, this really is the New York Yankees,” the manager said.
Jason froze. Then he laughed and apologized. A few weeks later, New York Yankees like A-Rod, Derek Jeter, and Kevin Brown were chewing Giants original sunflower seeds on the field. And they weren’t the only ones.

All hail, the North Dakota Giants

That was in 2004, and marked a time of exponential growth for Giants Snacks. They had recently been declared the official seed of the Minnesota Twins, thanks to a concerted effort from Jason, now Vice President of Sales. From there, they quickly gained a reputation as the best sunflower seeds around — in large part (no pun intended) due to their bigger-than-average variety of sunflower seeds (hence the name “Giants”).

“Other teams would come to the Twins’ stadium, try the Giants seeds, and then request them for their own dugout,” said Tom Spiekermeier, Operations Manager at Giants. “Today, we’re at the dugout of every league in the country. And that’s all through the player’s choice.” 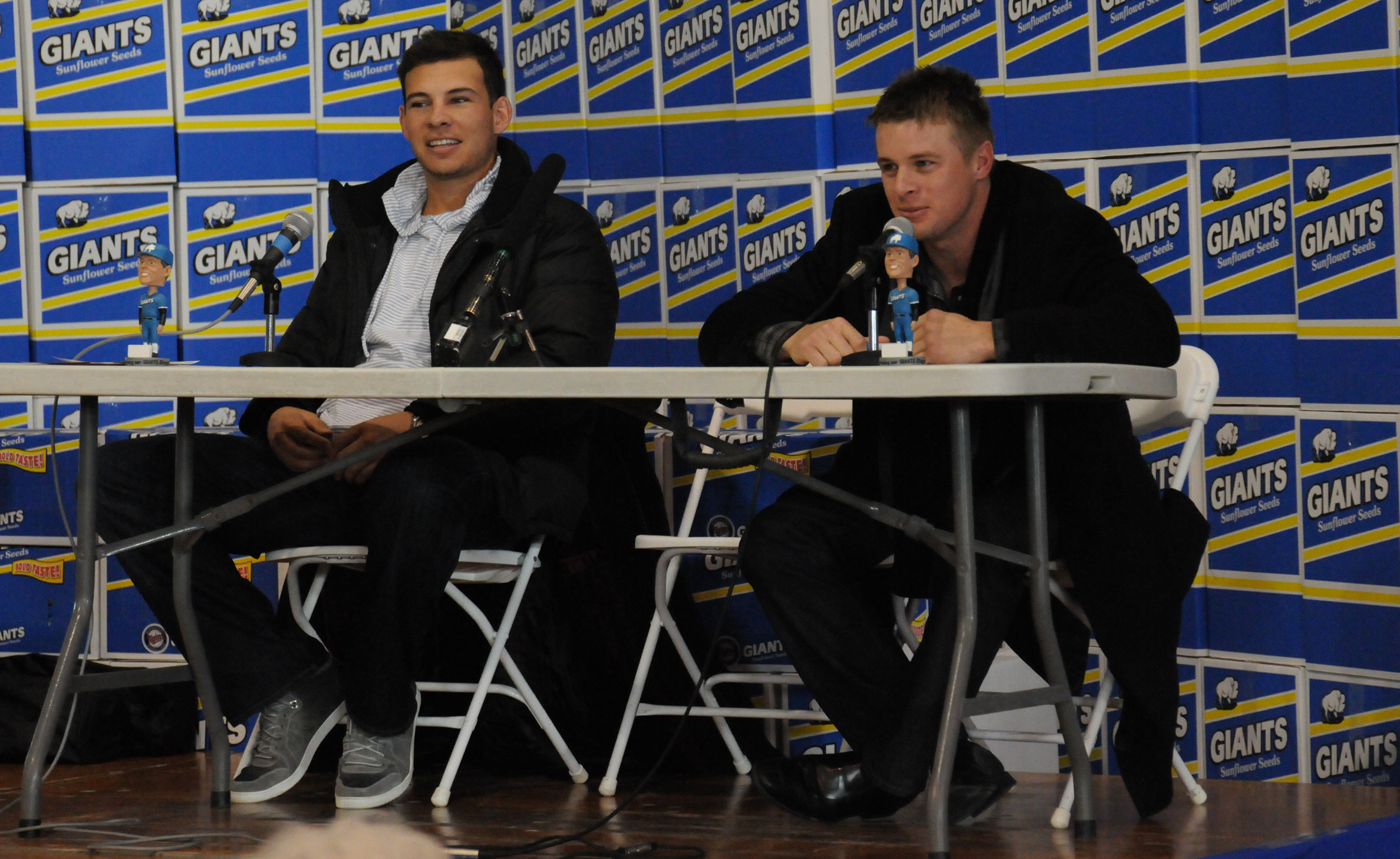 The origin of Giants Snacks is far more humble. The Schuler family traces it to generations ago, when a young man who was leaving Russia for America smuggled sunflower seeds in his socks — all the way to the Red River Valley. That man would eventually have a grandson named Jay Schuler, who sold sunflower seeds to snacking companies across the U.S. Meanwhile, fields of yellow sunflowers continued to grow and bloom across North Dakota. 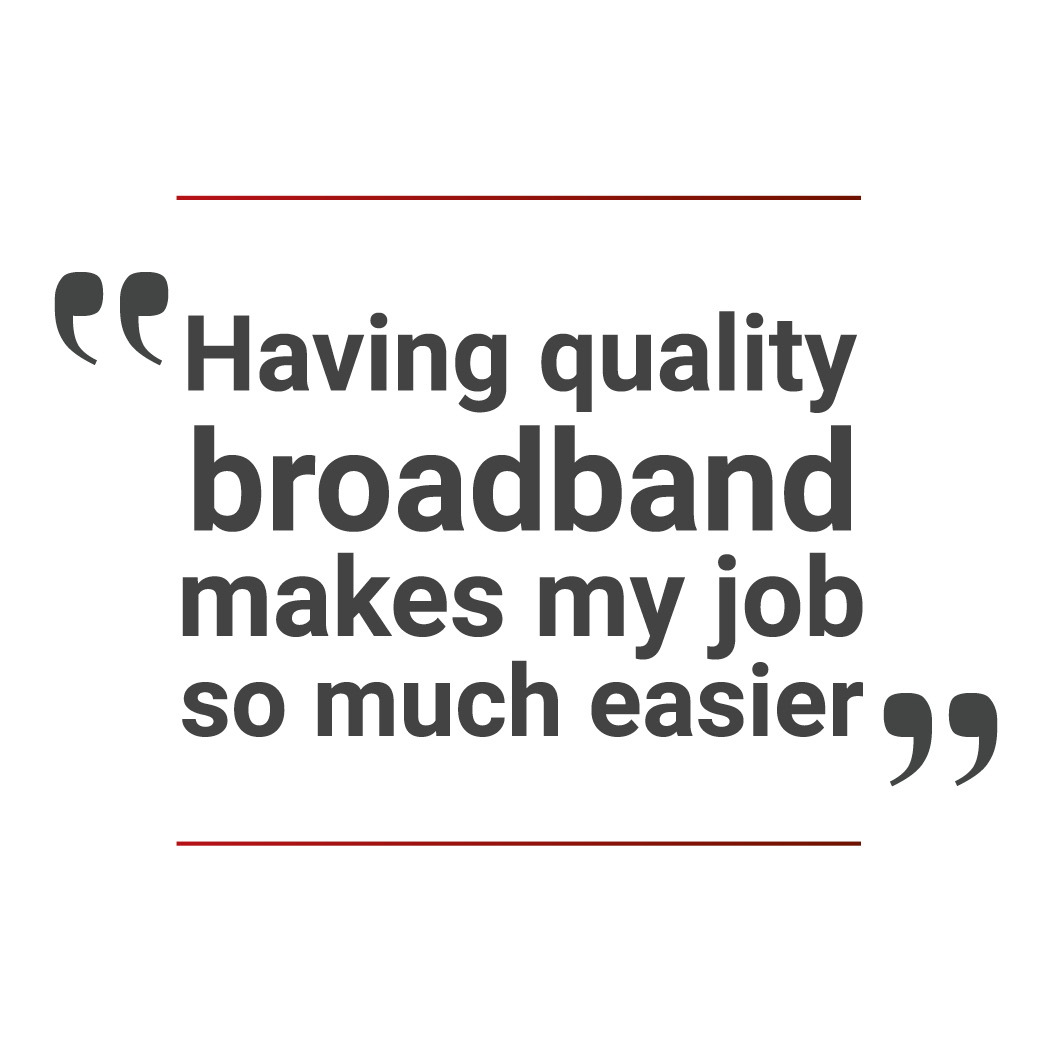 During Jay’s time working for the snack company, he found some of the sunflower seeds were larger and plumper than the others. These, he was instructed to ship overseas. Jay had a vision that these larger seeds could be popular in America — but none of the companies wanted to jump on board.

Finally, in 1995, Jay put a few of these large seeds in a bag and began selling them himself, calling them “Giants.” Over the years, these “Giants” continued to rise in popularity. Jay’s sons Jason and Robert joined the team in 1997 and 2002 respectively, and brought a renewed focus to the marketing efforts. When the Twins declared Giants their official seed in 2004, Giants seeds became a sought after snack.

Today, Giants Snacks continues to grow from their home based in Wahpeton, ND. There, they can remain in close proximity to the farmers producing the seeds and maintain quality control over their products. And, Tom adds, there are just good people out there.

“There’s a small-town mentality that people have,” he said. “That’s what I really appreciate about this area.”

Of course, owning and operating a business that caters to customers across the country — and even a few around the world — demands certain resources in order to be successful. One of the most important pieces, Tom said, is having reliable internet. 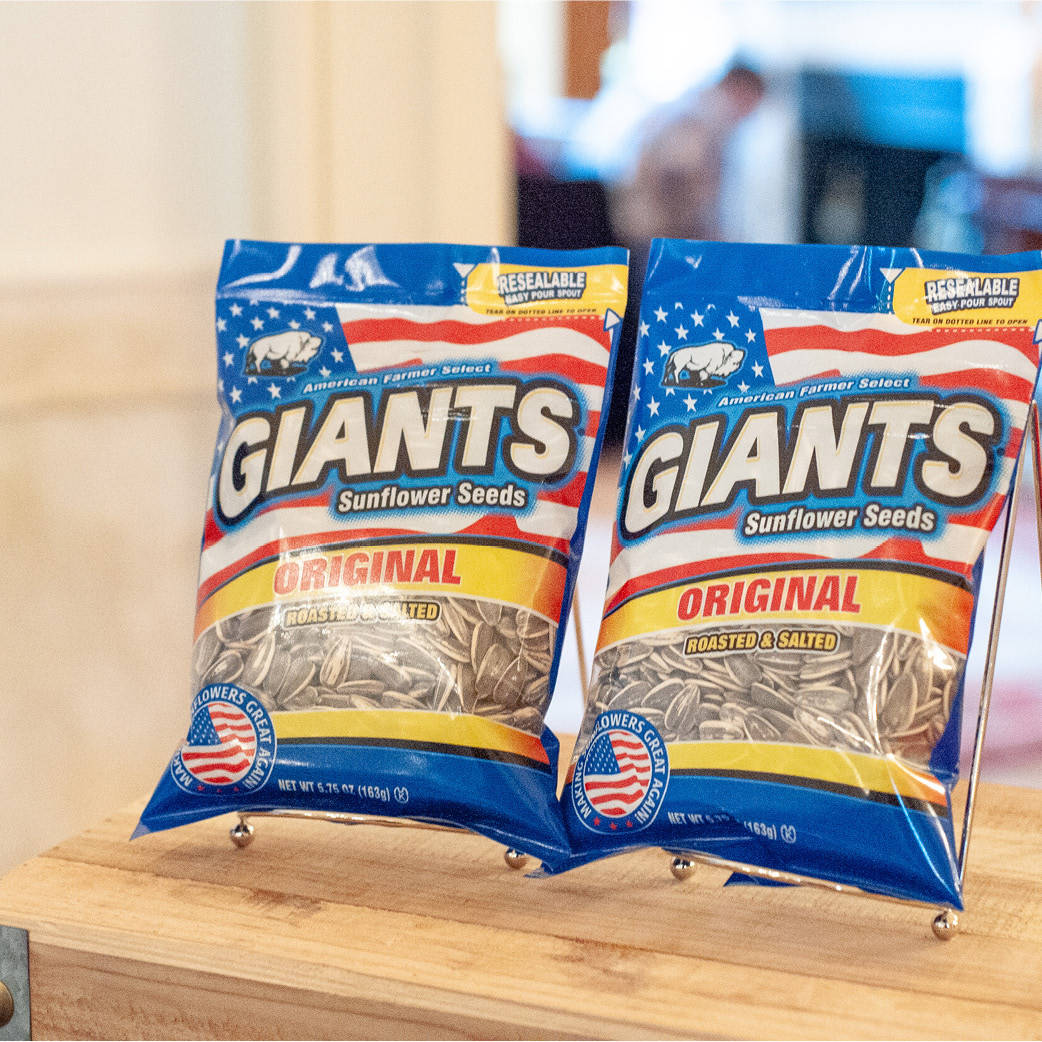 Thanks to their local broadband provider, Red River Communications, part of the Broadband Association of North Dakota (BAND), Giants doesn’t have to worry about their rural location affecting their internet connection. BAND’s initiative, from the beginning, has focused on providing North Dakotans with quality broadband no matter where they are located, urban or rural.

Through decades of concerted effort laying fiber and fighting for the right legislation, North Dakota is now one of the most connected states in the nation. In fact, many rural areas often have higher internet speeds than in major cities.

“Having quality broadband makes my job so much easier — it makes all of our jobs so much easier,” Tom said. “I don’t know how I would get by without it.”

Quality broadband allows Tom to use a technology platform that tracks every productivity line, runs quality checks, and gathers data, all on his iPad. They also use a security service that allows them to remotely monitor and control their entrances. More recently, Giants is also beginning to utilize automated machines to optimize their productivity. None of these tools would be possible without a reliable broadband connection, Tom said.

“We always try to ask ourselves, what can we do to be better? What can we do to be more efficient?” Tom said. “With these tools and data, I’m able to see which problems to focus on. It truly does help us to make a better product and run a better business.”

Giants Snacks also uses their internet to connect with consumers. With the rise of e-commerce, they’ve launched a brand new website (you can check it out here!) which has increased their online sales. They also interact with their groups of taste-testers via online groups, where they can fill out online surveys and provide market research on new products. Once new products are released, Tom and the Giants Snacks team are able to track feedback through customer reviews on the website, giantsnacks.com.

“Sometimes we have to nix a flavor and years later people are still asking for it,” Tom said, mentioning their top request right now is spicy garlic. “Sometimes they don’t get enough traction, and you have to know when to bite the bullet and move on to the next thing. Our online surveys and feedback help us know when to do that.”

Recently, the “next thing” for Giants was the release of two completely new product lines: pistachios and cashews. Both products are quickly gaining success, Tom said — although their most famous continues to be their famous Giants Original Flavor Sunflower Seeds.

With flavors, packaging, technology and every other aspect of their business, Giants Snacks is committed to staying innovative. Giants Snacks founder Jay Schuler often quotes a famed line from Gary Vaynerchuk: “If you don’t innovate, you die.” From the very early days of pitching larger sunflower seeds to consumers (and even further back, one might argue, to the innovative method of using a sock to transport seeds cross-country) — innovation runs in Giants Snacks roots. Equipped with quality broadband and technology, a quality home base in North Dakota, and a quality team of folks who understand agriculture and the beauty of a tasty sunflower seed, Giants Snacks is looking forward to continued success.

Last year, Lucy Spiekermeier, Giants Snacks Inc. General Manager, received a call from an unknown number. Like Jason years before, she was skeptical. She answered anyway.

Sure enough, a few months later, Lucy and another Giants Snacks representative found themselves heading to the White House with a custom designed American flag bag of sunflower seeds to show off the snack-of-choice for the players of America’s favorite pastime. 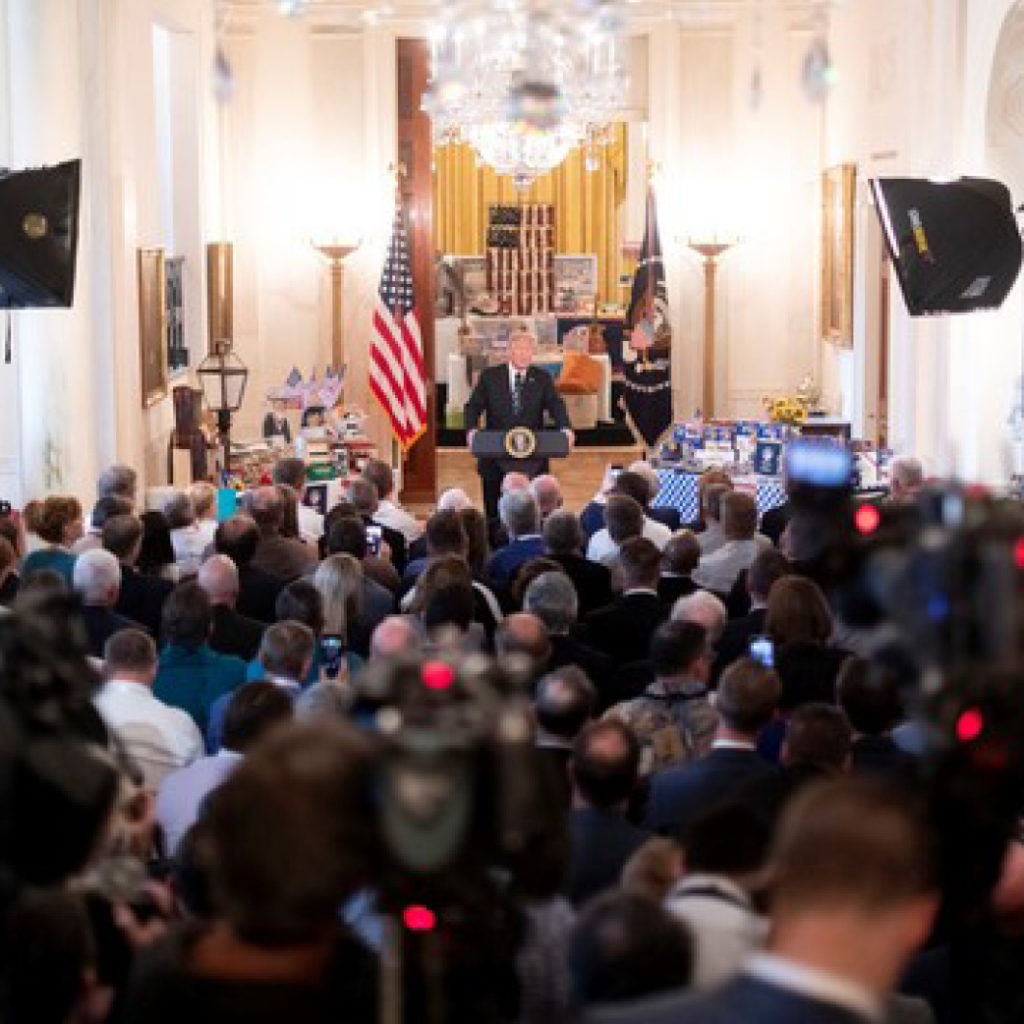 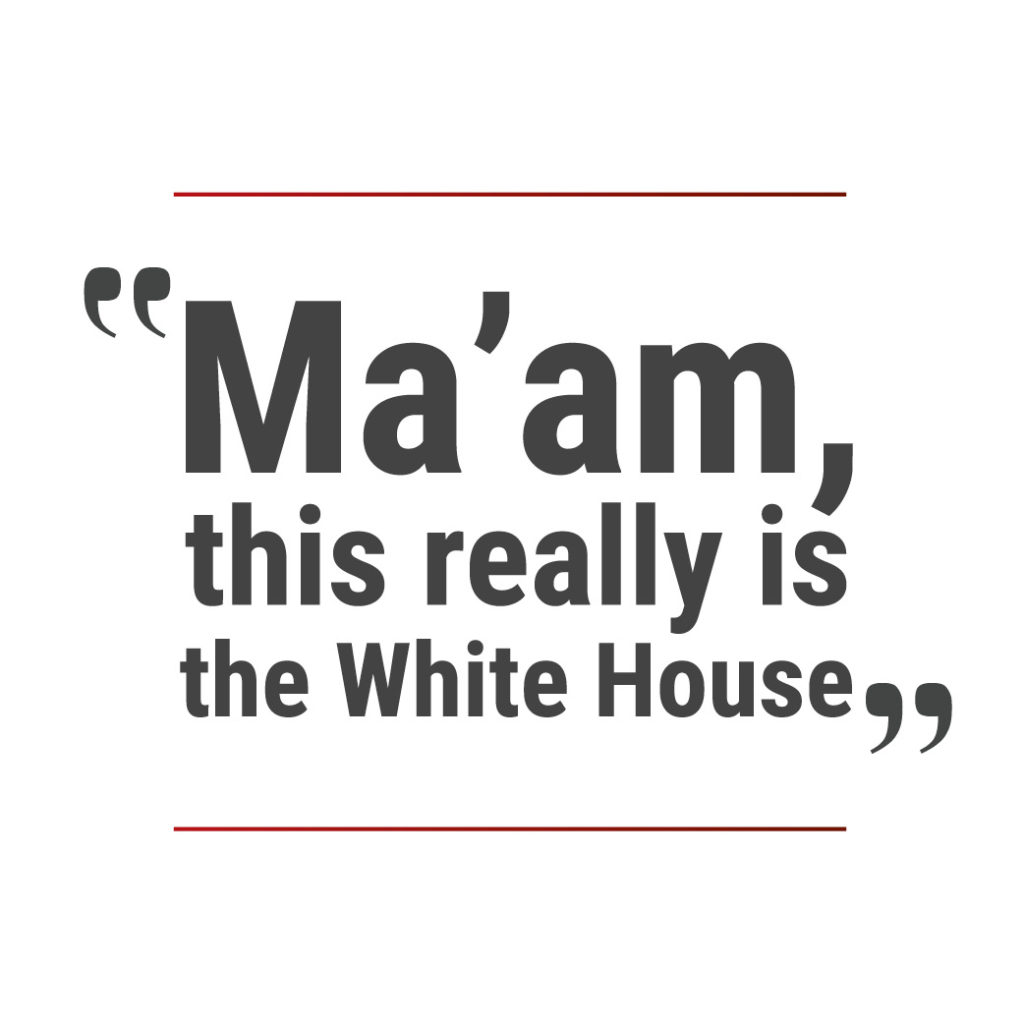