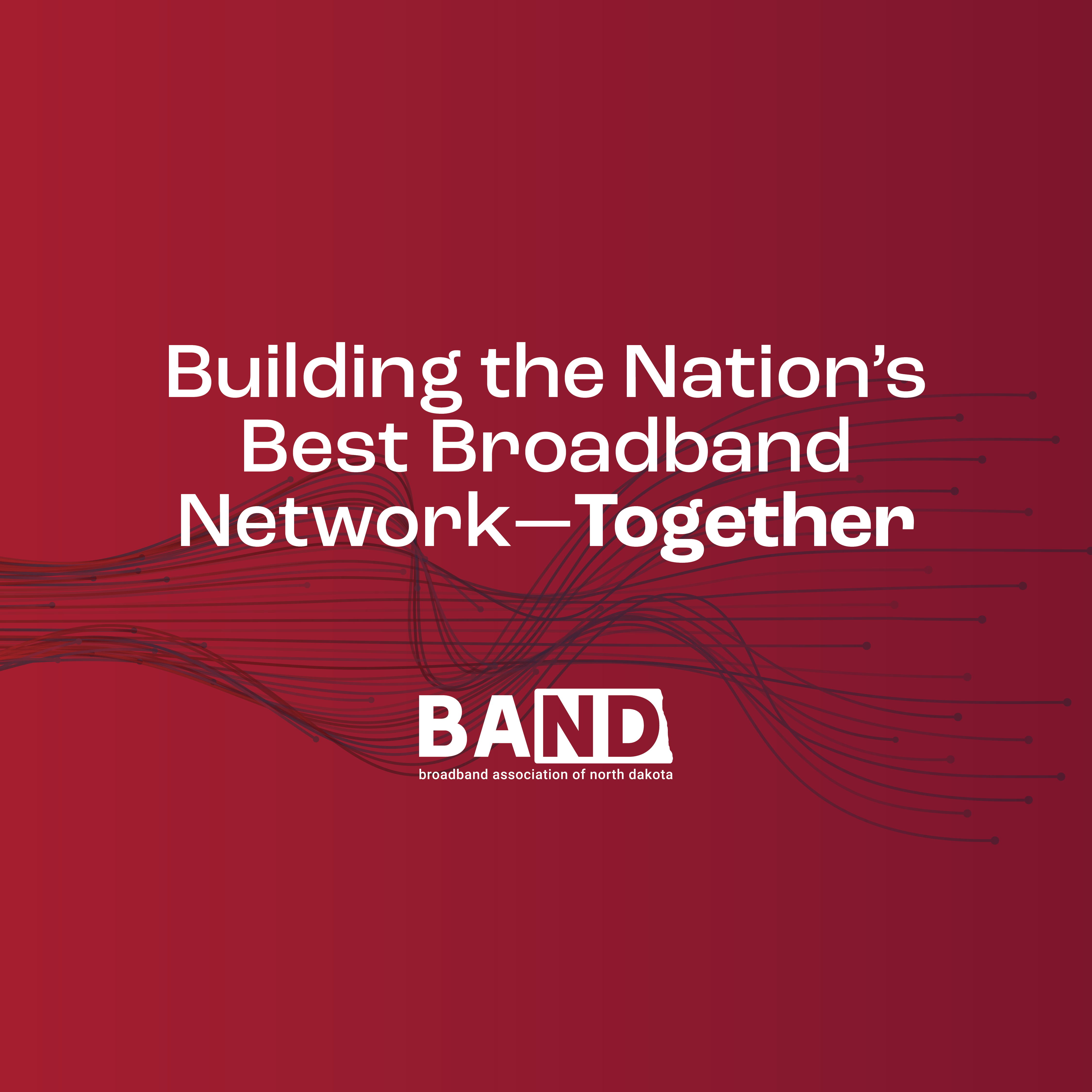 In 2021, internet providers like Comcast and Sparklight have announced plans to expand their fiber networks and deliver gigabit speeds to rural communities across the country.

For the Americans who are just now receiving access to fiber internet, this technology is life-changing—affording them faster-than-ever connectivity to family, friends, and the world. But for thousands of rural North Dakotans, it’s old news.

While big, out-of-state broadband providers are making a big deal about starting to bring fiber to rural communities, the local members of the Broadband Association of North Dakota (BAND) have already done it.

Over the past 68 years, BAND members have invested millions of dollars, empowered one another, and embraced the tenacious work ethic that North Dakotans are known for. Together, we’ve built the most robust fiber network in America—and now, customers like you are reaping the benefits.

When you sign on for service with your local BAND member, you receive more than just internet. You benefit from the shared resources, knowledge, and unparalleled infrastructure that have been built over nearly seven decades.

Laying the Groundwork for Innovation

The work to bring fiber broadband to rural North Dakotans began in 1953, long before the directors of nine North Dakota telephone cooperatives could have imagined what the internet would one day become.

Those original members joined forces to expand high-quality, low-cost telephone service across North Dakota. At the time, most North Dakota residents still relied on party-line service, in which wires were strung from pole to pole and long distance calls were prohibitively expensive. While the technology that we have used to communicate has evolved over the past six decades, our mission—to ensure the highest quality communication technology is accessible to all North Dakotans—has not wavered.

In 1996, this commitment led 14 BAND member companies to form the Dakota Carrier Network (DCN), a high-speed, large-capacity fiber backbone. Today, locally-owned providers serve 97 percent of North Dakota’s geographic territory, offering internet speeds of at least 1 Gig in over 300 rural communities. We have laid over 40,000 miles of fiber across the state, connecting businesses, residents, and schools with internet speeds 100 times faster than the national average.

Here at Dakota Central, we have continued to invest in our robust fiber network and are now providing speeds up to 10 Gigabits per second, the fastest speed available in the nation.

In August, Polar Communications in Park River received $4 million from the United States Department of Agriculture (USDA) to continue expanding their broadband network in Walsh and Grand Forks counties.

This fall, DRN celebrated the grand opening of their Casselton office as part of their strategic plan to expand service in eastern North Dakota.

Each of these milestones has been made possible because a group of telephone cooperatives realized, more than half a century ago, that they could get farther by working together.

While some of the biggest names in broadband are just beginning to deploy fiber to rural communities, the 15 members of BAND are already working toward the future—accelerating speeds up to 5 Gig, 10 Gig, and beyond. Because when you work hard, and work together, the possibilities are endless.