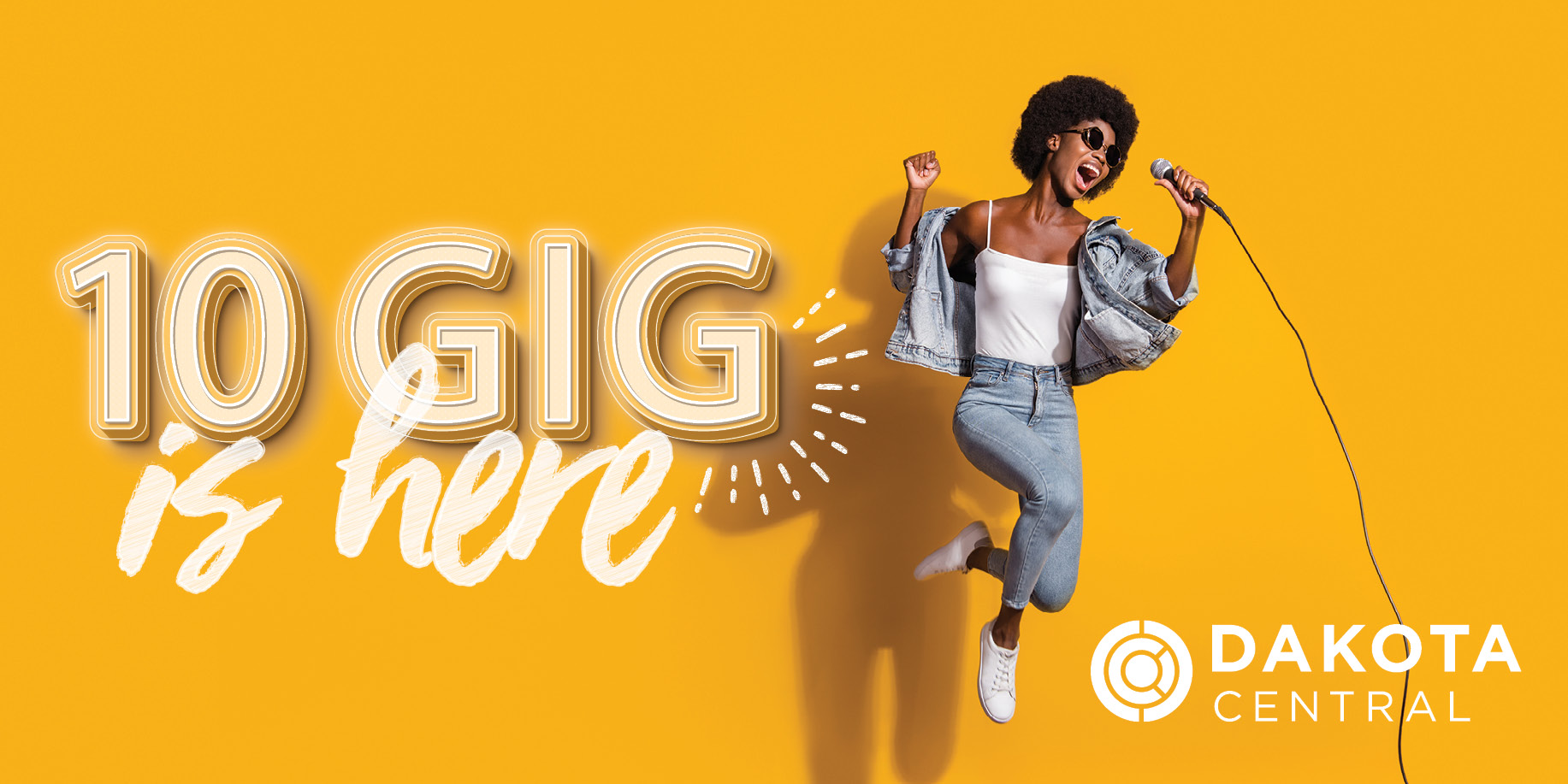 Introducing Internet speeds up to 10 Gig, the fastest in the nation.

Having a reliable connection is more crucial than ever. The way we work, play and learn has evolved quickly in the last two years and the evolution is not slowing down. At Dakota Central, we have always been committed to providing the best technology available so you can remain productive, efficient, and innovative. The demand for reliable broadband continues to increase, and our network is ready to support your needs, whatever that may be. We will never cease to push the limit when it comes to serving our customers.

Following a series of

equipment upgrades to a well-established fiber network, we are now able to offer Internet speeds up to 10 Gigabits per second- the fastest speed currently available in the country. Now, you may be wondering if you really need 10 Gigabits per second? You probably don’t for now, but increasing the capacity of our network and the equipment behind it all ultimately creates a better experience for our customers across the board. It wasn’t long ago that Gigabit speeds were unimaginable. In 2008, only 16 percent of Americans had access to internet service of 10 Mbps. Less than 10 years later, we were among the first 5 percent of providers to offer 1 Gig, which is equal to 1,000 Mbps. We have been able to offer these speeds ahead of the curve because of the fiber network we built early on; the technology is in place and ready for whatever is next. 100 Gig may not be as far off as you think!

The future is here. Sign up for Gig speeds today!